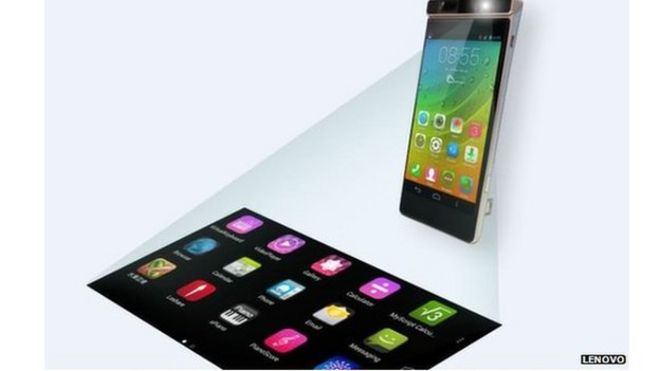 Chinese electronics giant Lenovo has unveiled a phone with a built-in laser projector that can be used to display a virtual keyboard or display.

The interactive display can replicate the phone’s touch screen, a full-size computer keyboard or even piano keys.

The laser projector can also be used to beam images and videos onto walls.

The Smart Cast phone was unveiled at the company’s Tech World conference in Beijing, where the firm also unveiled a new type of smartwatch.

The laser projector measures just 34mm by 26mm by 5mm and, said Lenovo, does not need focussing to project sharp images onto walls or other flat surfaces.

A video showing the Smart Cast in action shows how twisting the mounting for the device’s lens turns it from a standard wall projector into “surface mode” that beams the display on to a table top. 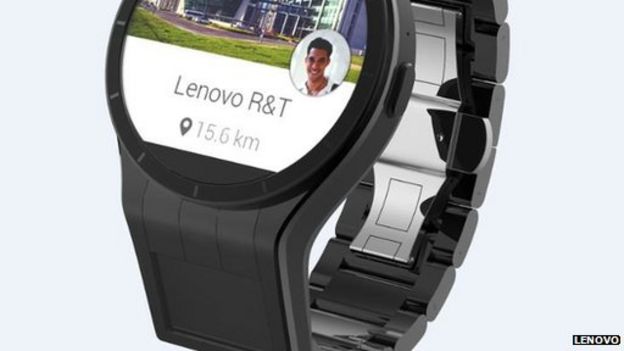 A kickstand mounted on the back of the phone keeps the device upright while the virtual keyboard is in use.

At Tech World, Chinese concert pianist Lang Lang used the virtual keyboard to play a version of The Entertainer.

Mike Lowe, reviews editor at gadget site Pocket-lint, who has tried out the phone said there was far less delay using the virtual keyboard with the Smart Cast than was apparent on other devices with similar input systems.

“The history of the projector phone is hardly rosy,” he said. “Samsung launched the Galaxy Beam in 2012 and that bombed. It’s not been a booming industry for any other manufacturer since.”

Mr Lowe said his experience with the phone did not convince him that the Smart Cast would break that cycle. 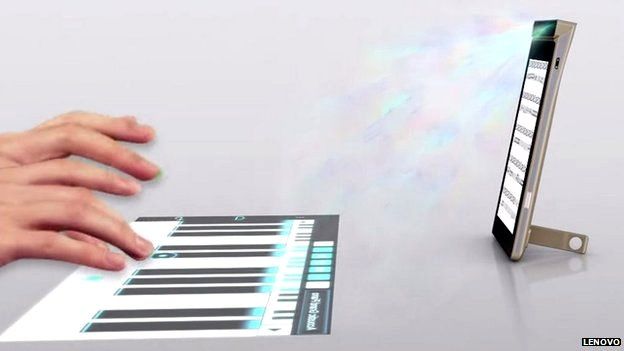 “It’s fun, but ultimately a gimmick,” he said. “It’s hard to be accurate with the increased scale of the keys for starters, plus the demo was in a dimly-lit room.”

In a separate demonstration, he added, Lenovo showed ways to use the interactive projected display to play games.

“It’s fun, it’s headline-grabbing, but it’s also impractical, not coming to the UK and well, just isn’t a product anyone is likely to genuinely need,” he said.

The device has a standard “public” screen viewable by anyone and a second “private” projected screen only visible when the watch is held close to the face and at a specific angle.